The Senior Choir is part of the Primary Schools Music Festival. It is composed of interested and committed year 5-7 students. Our aim is to produce a choir of the highest standard possible where every student who works hard and enthusiastically is able to participate. Students learn a wide variety of songs, vocal warm-ups and singing skills. There are opportunities for students to solo, along with singing in unison and in parts. at whole school events and within the wider community. In term 3 they perform at the “Festival of Music” alongside students from over 330 schools in S.A

Starting in term 2, the Junior Primary Choir is composed of enthusiastic year 3 and 4 students. The Junior Choir focuses on learning music and singing in a fun-filled environment with games, movement and loads of enthusiasm. They perform at assemblies, whole school events and within the wider community. Students learn a wide variety of songs, vocal warm-ups and singing skills. There are opportunities for students to solo, along with singing in unison and in parts. Many of the songs in Junior Choir are accompanied with choreography. 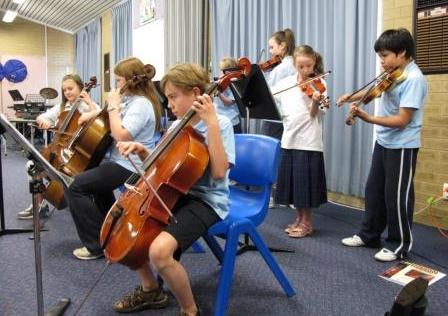 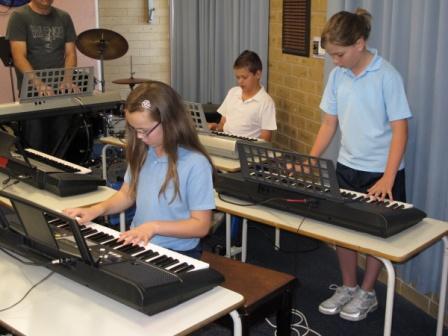 Students have the opportunity to study an instrument in brass, woodwind, keyboard, guitar or strings. These instruments are taught on a weekly basis during class time.

The Wakakirri is an annual, national festival and competition for schools. Its vision is to inspire children and young people to be more creative and open minded about the world around them by bringing schools together to tell, perform and share stories. We have been involved in the Story/Dance category. This means we need to tell a story using only movement and music. We have between 3 and 7 minutes to do so. 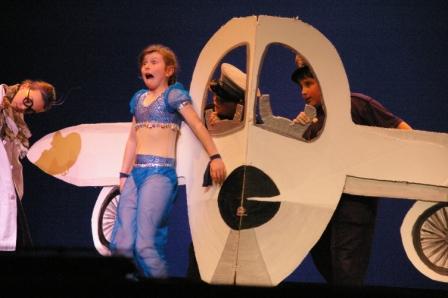 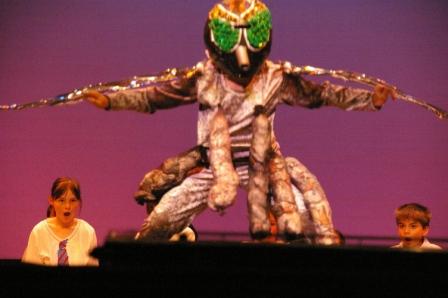 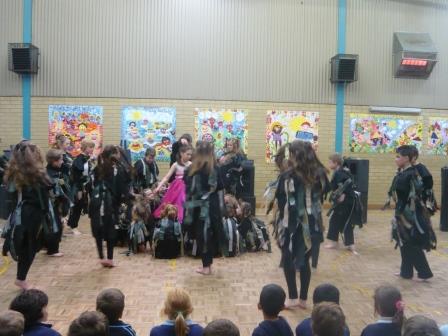 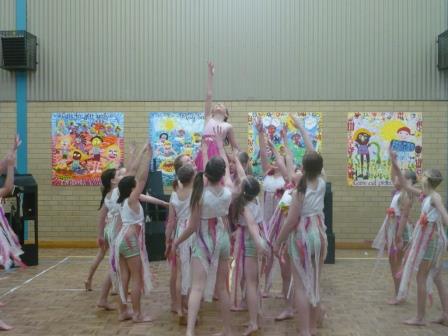 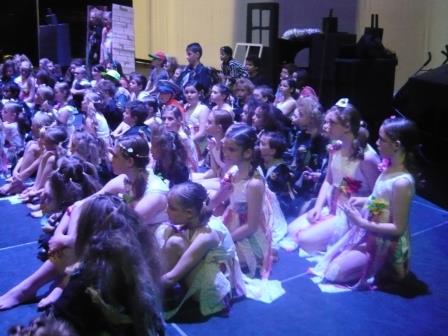 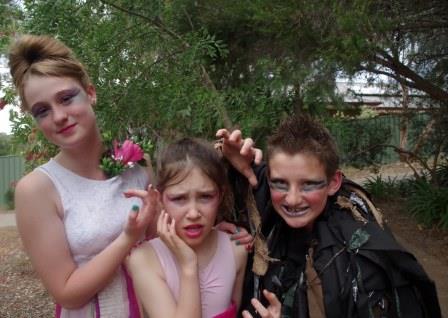 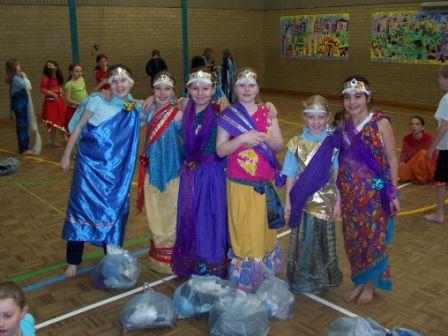 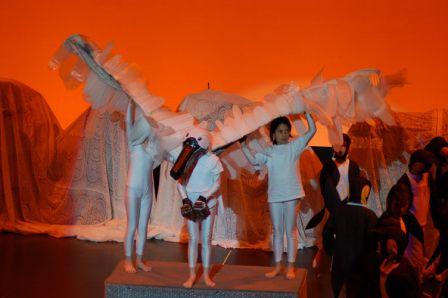 At Aberfoyle Hub R-7 School we used to include the Wakakirri story as part of our Year 4 curriculum but this year we wanted everyone to get involved. We held open auditions for students R-7. The students worked on drama and movement skills in preparation for creating the item. Then the real fun started! The story was created and students work hard in their own time to learn the choreography as well as help make props and some costumes. We have lots of parents/caregivers, grandparents and friends who helped to make and organize all of the costumes, props and sets for the item and on the night helped with make-up, transport and hair dressing. During the performance, judges awarded points according to certain criteria and announced ‘On the Night’ awards. It is generally held in mid term 3 each year at the Adelaide Entertainment Centre across 2 or 3 nights depending on the amount of schools entered. Winners are announced after all Adelaide schools have performed via Wakakirri TV. The State winner is then entered into video judging for the National Story Award.

Aberfoyle Hub has been very successful in past Wakakirris, with a silver medal awarded in both 2003 and 2005. Our item in 2003 was called ‘The Legend of The Incas’ and in 2005 ‘A Window To Their World’. Our item in 2006 was about Emperor Penguins and titled ‘Into The Freezer’ followed by our 2007 item ‘Global Breakdown’ in which we achieved eight gold medals. In 2008 our item was titled ‘Time to Make Things Right’, a story of teamwork and cooperation on the Australian Goldfields. This year, 2014 with our performance of “The Window Within” we received six Performance Awards, two State Awards, three National Awards and National Winner – Story of the Year 2014, Primary Challenge.